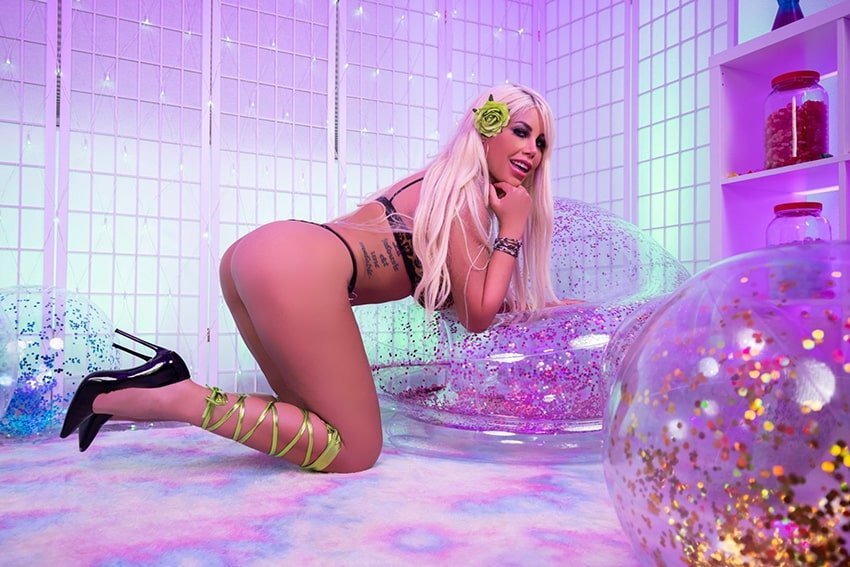 The mature babes we’re featuring on SwallowBay have aged like fine wine! Those firm nipples on their big tits are protruding through the tight bikinis, these bimbos know that sometimes it takes so little to get a man horny. You’ll desire more, obviously, you want to see them jiggle in front of your face and get played with. They do it in such a way that you’ll stick your tongue out and try to get a lick, get them so wet that they’ll become see-through and you’ll get to see them in full glory. Experience plays a big part in VR videos, and it’s not just about foreplay and observing their lavish curves, it’s about the way you’re getting pleased. If there’s something these sluts crave for, then it’s a firm cock, something only a younger man like you could offer, and in return, you’re going to get taught a few things. Namely how to treat a woman, where to touch her in order to make her go wild and gobble on your cock so deep that they’ll choke on it. Are you already imagining it? Don’t leave it at that, try out all these women of age in virtual reality where you’ll get to see them in action so vividly. Bust your heavy loads straight into their lusty mouths, make them beg for another round after they’ve eaten your tasty semen, have some fun you never would have if not for SwallowBay. If there is anything mature hotties are known for, it’s for the way they seduce men and use them as their fuckboys. They’ve got an itch that needs to be scratched, and toys just won’t cut it, which is where you step in with that raging boner. Relax, let them do all the hard work, make them feel youthful by getting your cock serviced with their plump lips and action-craving tongues.